ZATZ Labs 2020: Looking back at the year that seemed like a decade 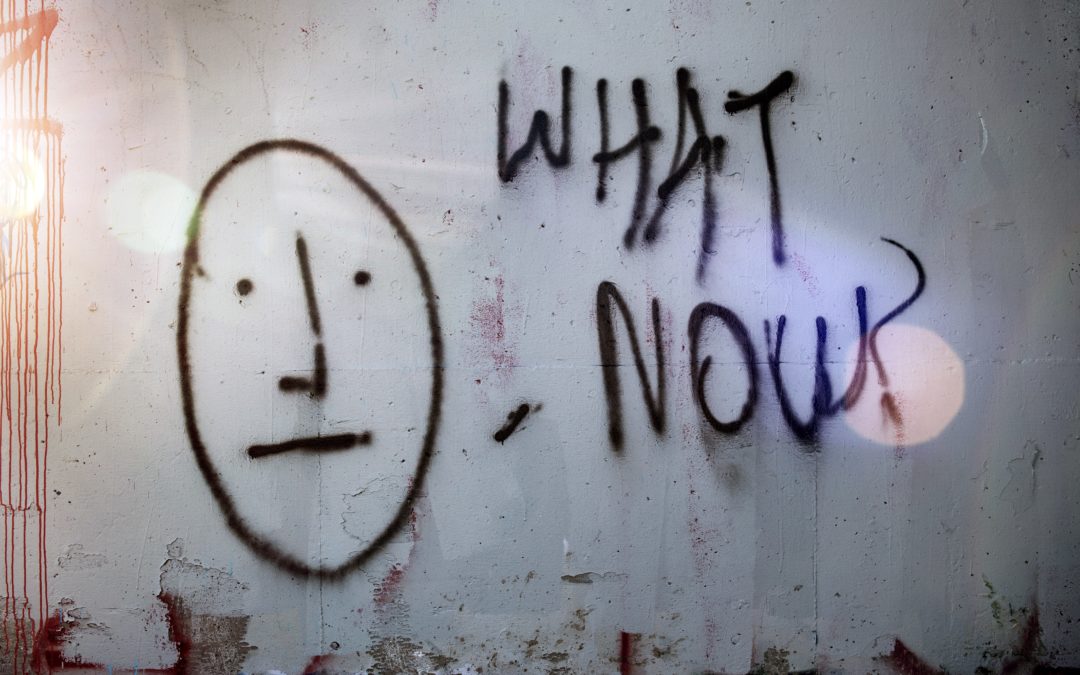 In the fourth season of Star Trek: Voyager, there’s a two-episode story arc called “The Year of Hell.” The plot involves a “time ship” that alters history, changing the timeline and plunging the crew of the starship Voyager into a deadly, brutal, uncompromising year of… wait for it… hell.

Because this is fiction, all the death and destruction is overturned by the end of the second episode. Voyager teams up with a few other ships, destroys the time ship, resets the timeline, and goes on with normal business, as if the year of hell never happened — because in their new timeline, it didn’t.

We, all of us here on Planet Earth, have gone through our own year of hell. Unfortunately, we can’t undo all the pain, hardship, and sorrow this year has wrought. But we can hope for a better future. We can also look back at 2020 and see if we can harvest any goodness at all from the year that felt like a decade.

More from David:
2021: Now that disruption is business as usual, we must rise above crisis mode

In this post, I’m going to take you through the year from my limited perspective, show you what’s been accomplished here at ZATZ Labs, and walk you through some numbers that help illustrate the year that was.

I’m fortunate enough to be able to work from home, which allowed me to sit at my computer and crank out code and content. My wife and I are very grateful to the people who did grocery shopping and package delivery for us, allowing us to follow the advice of our doctors and stay home.

We end 2020 very appreciative of the sacrifices everyone has made, and are so grateful to all the people who are doing tough jobs and risking everything to do them. They deserve so much more than what our society has given them.

More from David:
Grandpa, tell me about the days before the Great Distancing

That having been said, let’s dive into some of those numbers that defined 2020 for me.

To understand ZATZ Labs in 2020, you need to know a bit of ZATZ’ history.

ZATZ was founded in 1998 as one of the first online technology magazine publishers. Over the course of 16 years, ZATZ reached millions of readers.

Towards the end of that time, I wrote books on improving White House IT security, reinvigorating America’s role in the global economy, and reinventing large and small enterprises.

That led to a career transition. I’m now primarily a technology journalist. I coordinate with teams, rather than managing them. I have students rather than employees. I’ve effectively evolved from founder to advisor, publisher to columnist, and manager to professor.

ZATZ Publishing became ZATZ Labs, home to many exciting projects, like the ZENPRESS publishing system and the AI Editor.

In 2015, tens of thousands of nonprofits worldwide were faced with losing their funding due to the impending shutdown of Seamless Donations, a popular WordPress plugin. In an effort to save the good works produced by these nonprofits, I adopted and heavily improved that free and open source software project. I also adopted nine other plugins, including My Private Site, which provides one-click privacy for WordPress sites.

While my day job remained being a content producer and advisor, I worked on the open source code as a side project.

Focusing on rebuilding and healing

Frustration and worry at the beginning of the pandemic made me want to change my focus and do something positive to help. Sure, my writing, and the content I produce, helps folks, but I wanted to do something that specifically could help deal with the pandemic. My psyche was crying out for some way to take some control over the uncontrollable. So I dived into coding.

Here’s my reasoning. While I, personally, might not be able to help people out there, on the front lines, people who are challenged or suffering, that’s exactly what nonprofits do every day. Seamless Donations helps those nonprofits raise money to do their good works, so if I could improve Seamless Donations for them, I could help them help others.

While ZATZ Labs had previously been positioned mostly as a home for my own projects and interests, now I had a very specific public-spirited mission for it: Empowering nonprofits to help rebuild and heal in a pandemic ravaged world. 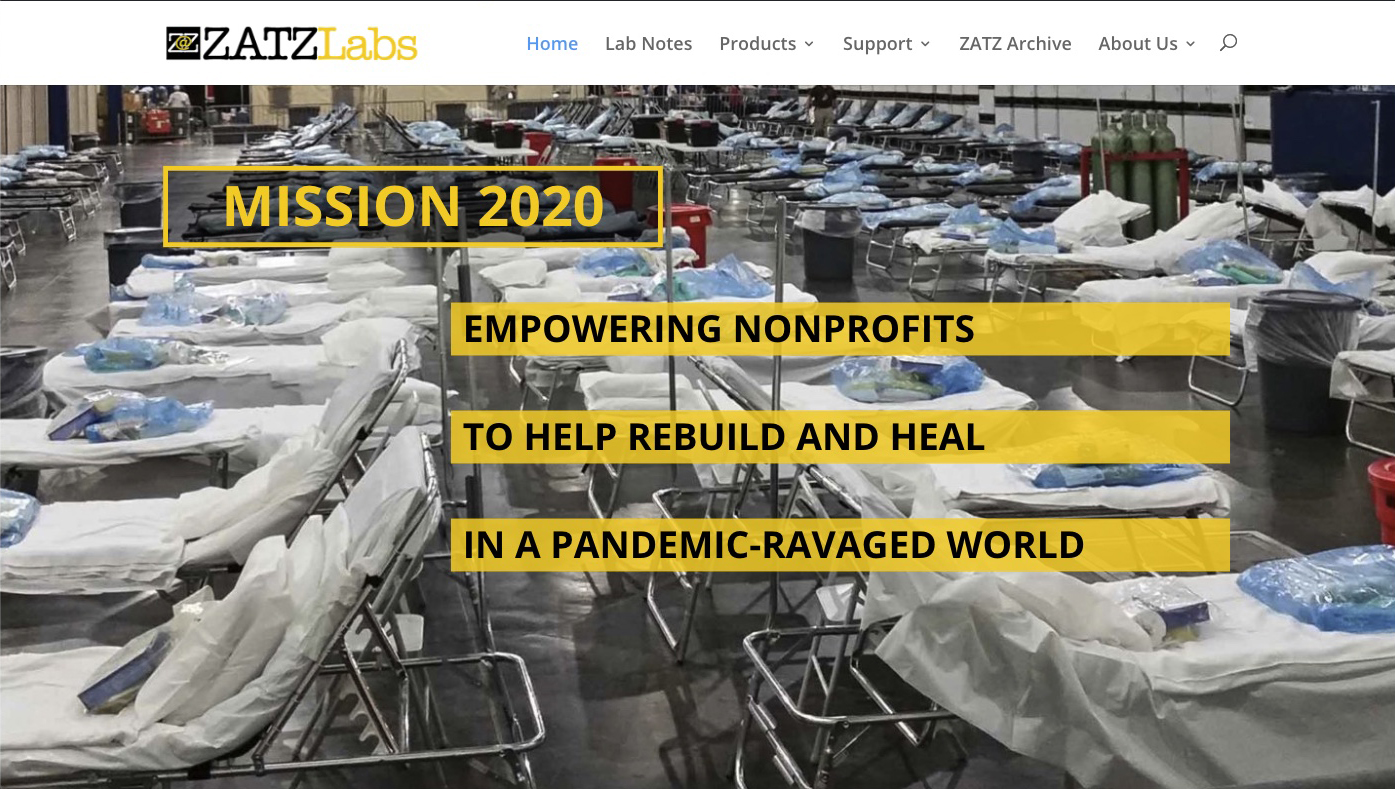 For me, rebuilding started with my code. Seamless Donations needed a complete user interface (UI) rebuild. When I first adopted it back in 2015, I licensed a UI tool that, quite frankly, was unmanageable. In order to improve Seamless Donations, I had to completely replace that UI framework.

That was my first big project for 2020. I completely rewrote all the interface code for Seamless Donations. This rewrite became Seamless Donations 5.0. I also had to rewrite all the UI code in the four add-ons, so that they would work with the new 5.0 release.

I’m very happy with that work. It’s opened the door to all the additional updates and changes for Seamless Donations. I ported the UI code I’d built in Seamless Donations into another plugin called My Private Site. That’s my second most popular plugin. Lots of clubs, groups, and families are now using it to protect their internal conversations and private information.

Unlike some other donation tools that take 2% right off the top of every Stripe transaction unless you purchase an expensive add-on, Seamless Donations does not siphon off any money from donations intended for your good causes.

I coded yet another massive update in just the last few months. The WordPress repository folks reached out to me because they identified a possible security issue with legacy code that still lived inside Seamless Donations from before the adoption. Although there were no actual breaches or issues, I’ve been working hard to remove that legacy code since October. Now, with release 5.1.1, Seamless Donations is running almost all new code.

ZATZ Labs by the numbers

Here are some of the 2020 numbers for my work with ZATZ Labs and the open source plugins:

Day job by the numbers

Since my ZATZ Labs work is really a side gig, I devote most of my time to my full time career as a tech columnist and advisor. Here are some of my 2020 numbers for that.

So, 2020 is finally coming to an end. By any measure, it’s been a wild year. While there’s no guarantee that 2021 will be better — and it’s never safe to say “it can’t possibly get worse” — we can be hopeful.

To that end, the ZATZ Labs mission statement has been updated to reflect the new world we’re in and the new realities we’re now dealing with: Empowering nonprofits to rebuild and heal as we all create a better new normal. 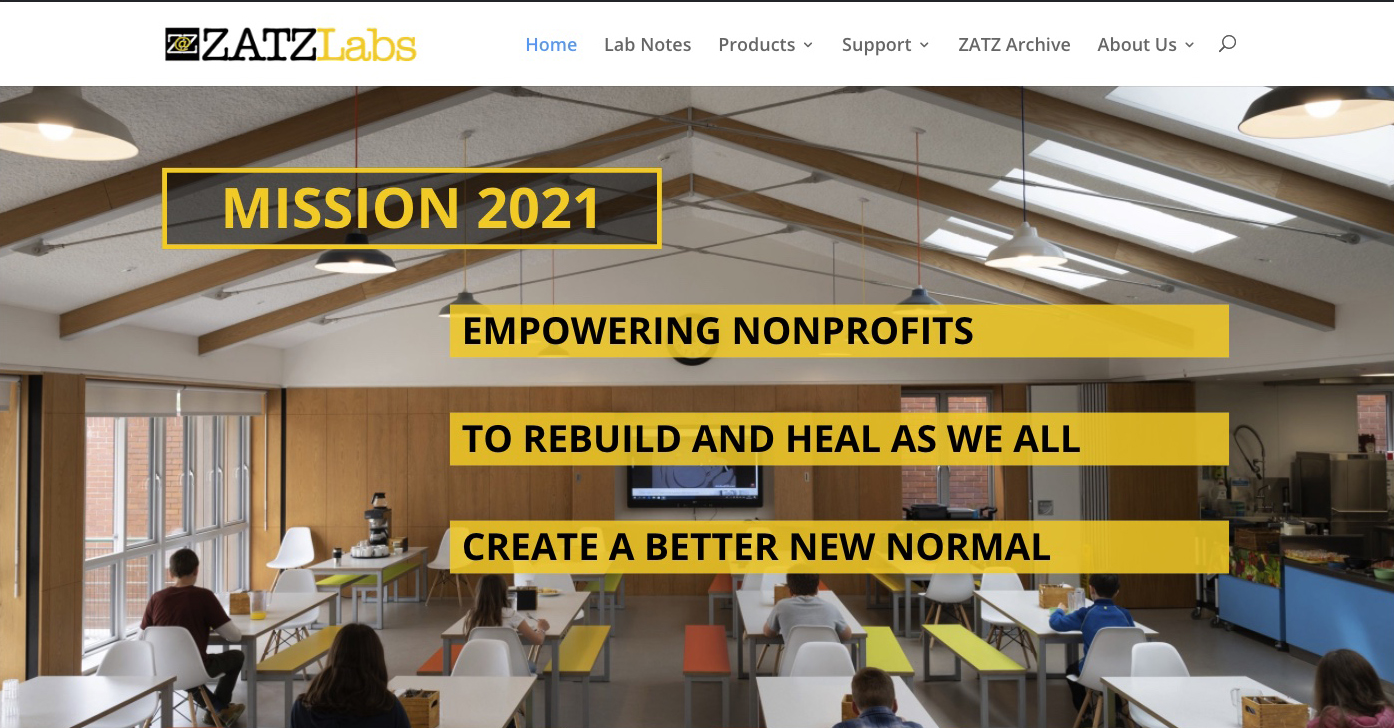 It reflects the way that even though many of us are still physically separated, we’re all in this together, we all want a better future, and we all need to rebuild and heal.