This site is built on Divi 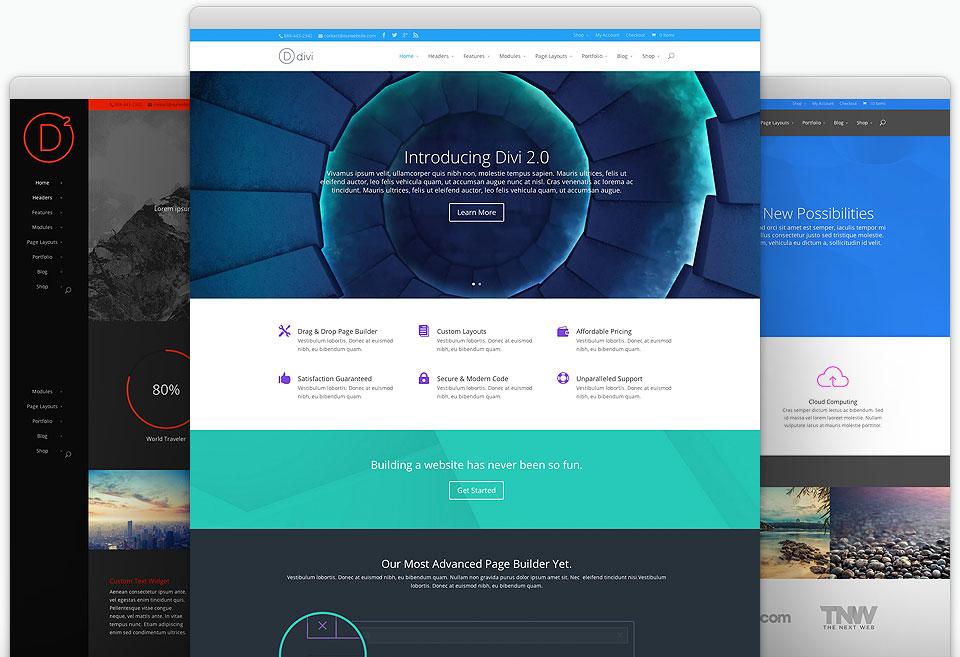 This is my first experience using the Divi theme from Elegant Themes, and it’s been interesting. It clearly makes building bold sites with a modern look a rather simple process. I did barely any CSS customization (which, given my general tolerate/hate relationship with CSS was appreciated).

The really fancy background effects were done using the Background setting of the various modules in the Divi page builder. Those were a lot of fun to put together, and Divi made the overlaying of text much easier. In fact, it’s probably not something I would have attempted on my own.

On the other hand, Divi’s settings show that it is still a work in progress. There is an ancient ET settings control panel that seems to have vestigial pre-Wordpress 3.0 functionality in it (or at least the remains of the interface). There’s the theme customizer, which is quite limited. And then there is the ability to customize pages, which is extensive and sweet. Finally, there’s no way to customize individual blog posts, which is why there’s no header there. Go figure.

Based on my previous experience using some Elegant Themes themes, I wanted to try to avoid having to go into code. They may have changed their style in the intervening years, but back when I built Track Your Candidate on top of one of their themes, they optimized for putting PHP inside of HTML, as opposed to the paradigm of generating HTML with PHP. I found that style very disturbing. So, in this build, I did very little PHP-level customization save a few tweaks added to the child theme.

I honestly don’t know if Divi will scale as I add more and more to this site, but it was nice to be able to spend a relaxing couple of days (amid all sorts of other goings-on) and turn out a pretty site without much CSS stress.